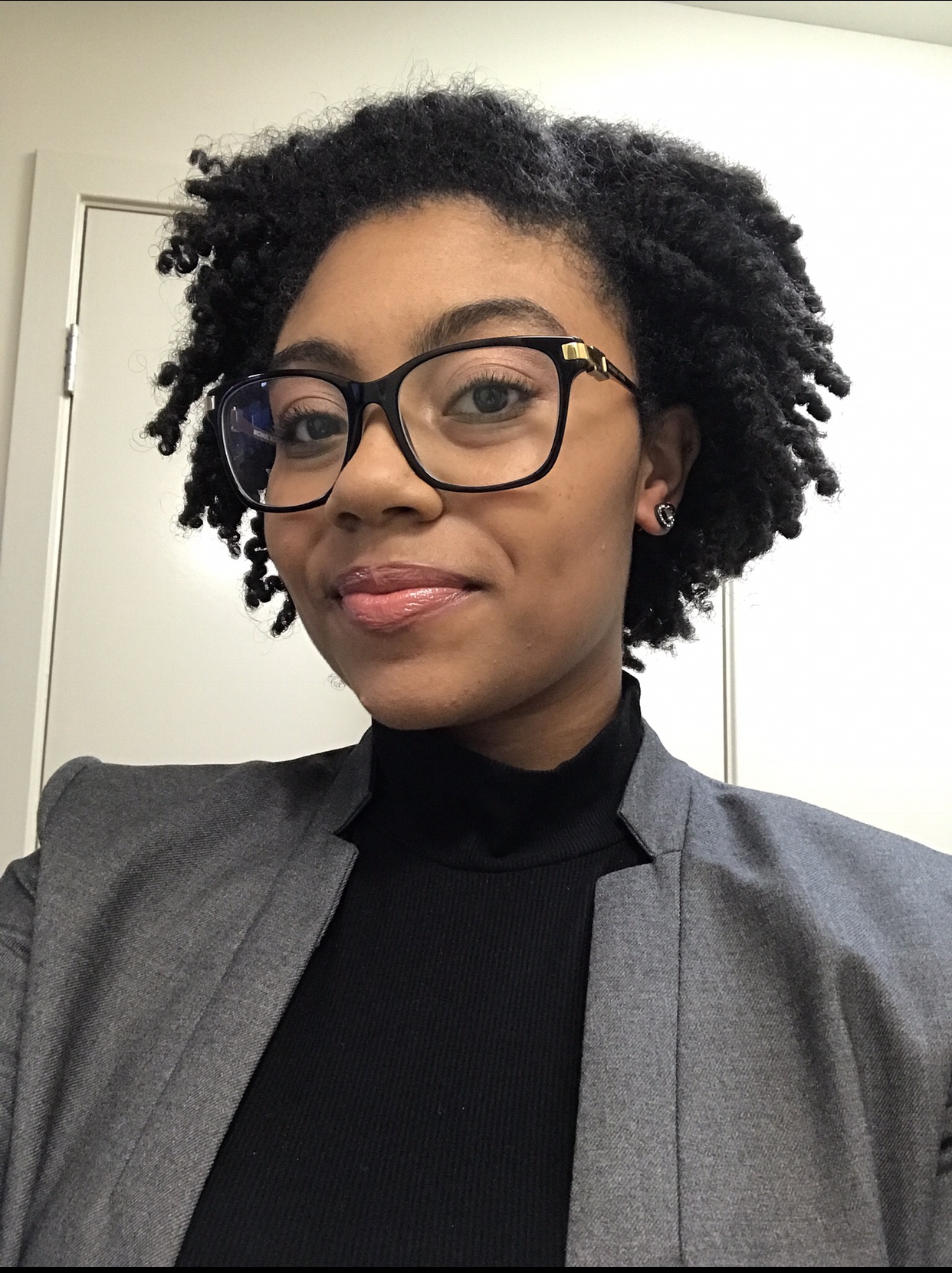 Alexus's passion for media production started at a young age while working in her church's video ministry, recording weekly sermons. She took that passion with her to Towson University and earned her Bachelor of Science degree in Electronic Media and Film. Alexus was an active member of her school's media arts community as well as a member of the Honors College, where her coursework enabled her to explore how to use her field to make a positive impact on the community.

She is pleased to be working with Grace Film & Video because it aligns with her drive to help others tell their stories of tribulations and triumph by creating a safe space and visual platform to do so. 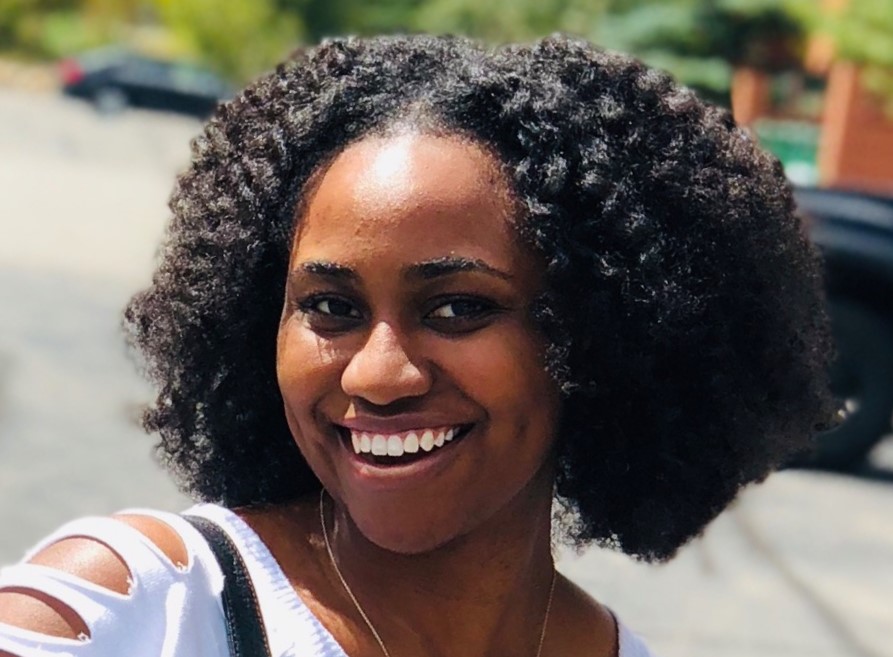 Destini Baldwin’s passion is to inspire and help people through stories. She attended the University of Maryland College Park, graduating with her Bachelor's Degree in Broadcast Journalism. Currently working as a production assistant and editor for Grace Film and Video, she has edited documentaries, created trailers, and conducted interviews. She uses Adobe Premiere, Audition, Photoshop, and to bring visions to life.

Destini also works as an Engagement Coordinator for Physical and Sports Rehab where she uses social media to engage and market healthcare related events, send newsletters, and provide other administrative support.

Outside of work, she enjoys traveling and creating new experiences and memories with her family and friends. 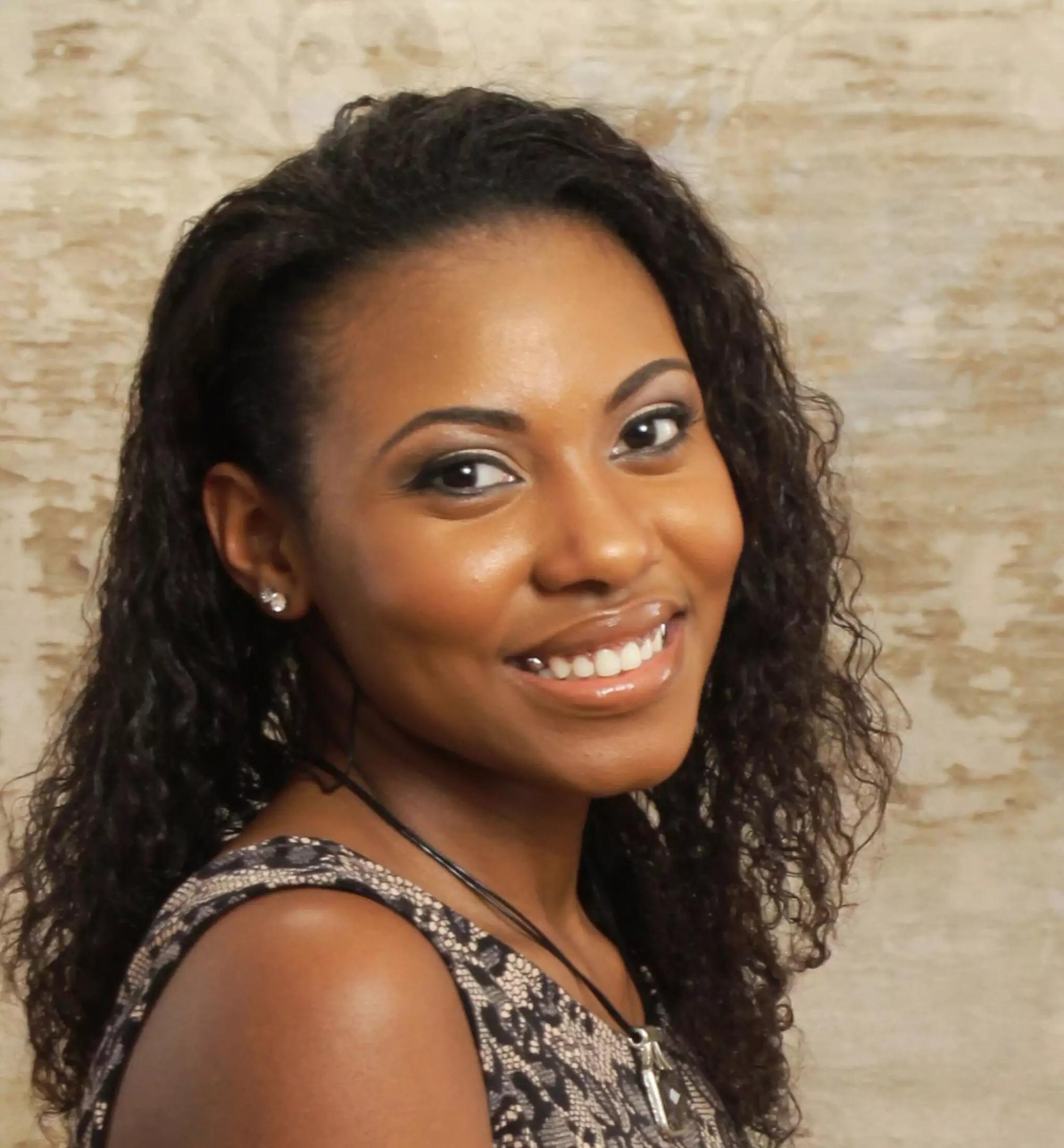 Micaa’ Thomas is a rising senior pursing a Bachelor of Fine Arts Degree in Visual Effects with a minor in Animation and Drawing at Savannah College of Art and Design (SCAD), Atlanta, Georgia.  At SCAD, Micaa’ has an opportunity to pursue both of her passions, art and golf.

In April 2019, Micaa’ was selected to serve on SCAD’s first television pilot as a Visual Effects Artist.  In addition to her overall responsibilities as a Student-Artist-Athlete, Micaa’s is an Active Member of the SCAD Atlanta SIGGRAPH Chapter.  In May 2019, Micaa’ was selected to attend the National SIGGRAPH Conference in Los Angeles, California, in the summer of 2019.  This will afford her an opportunity to network with leading computer-generated-imagery experts on the various innovations in computer graphics and immersive technologies in the industry.

As a Visual Effects Artist, Micaa’ has valuable experience in using Nuke, Houdini, 3Ds Max, Maya, Illustrator, After Effects, Premiere Pro, and Photoshop Software.  She has provided technical assistance to two companies in video editing. The video editing services entailed redesigning visual content, color and sound consistent with their key services and marketing strategy.  The post production work she performed involved chroma key compositing, to ensure that the established style of the project is respected and continuity is maintained. 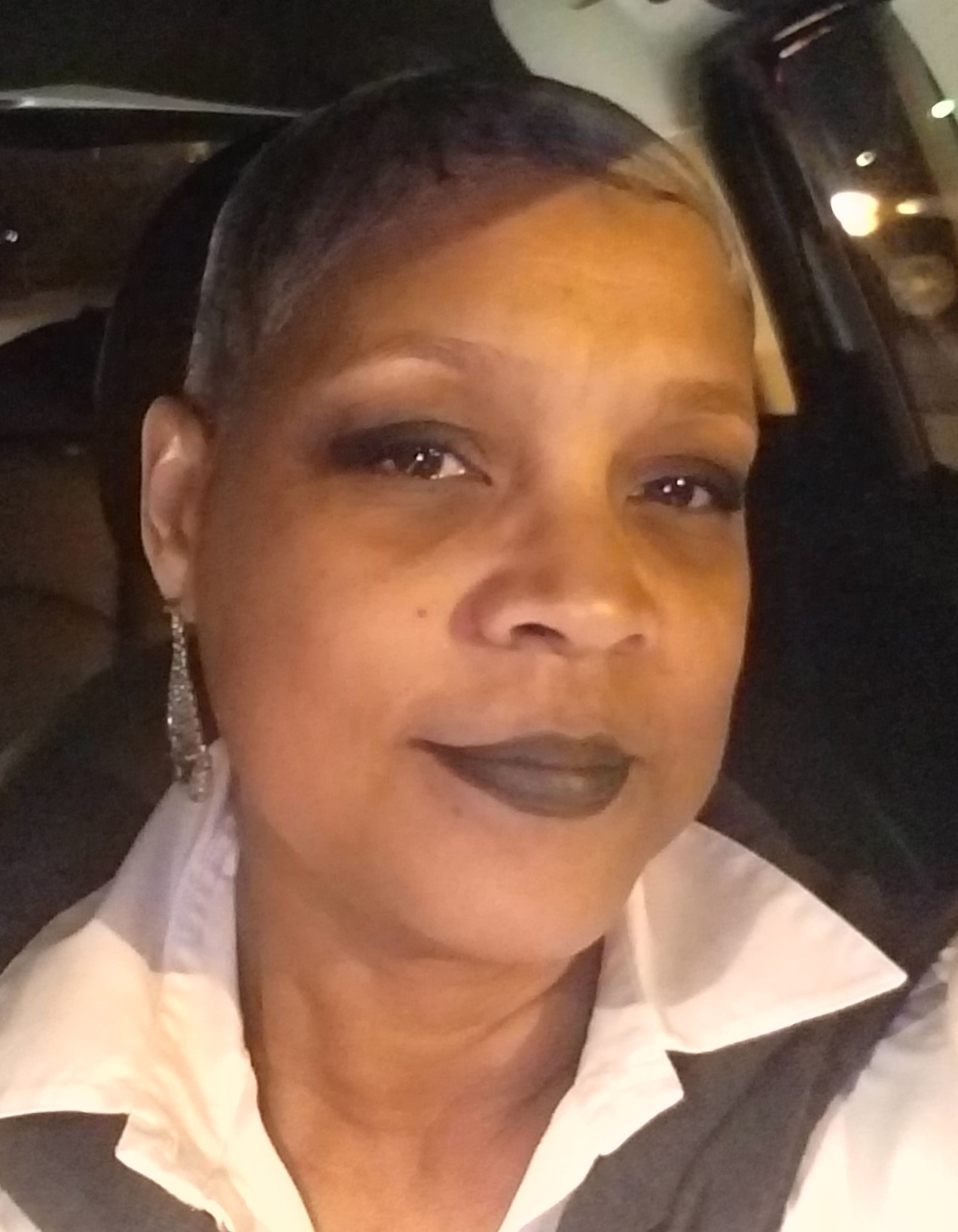 Crystal Gantt is a Human Resources Professional by trade with decades of experience in the field.  However, she defines her greatest success in the field of “Motherhood” having been taught by the school of life.  Crystal has gained the best and most rewarding experiences of life from being a loving mother and grandmother. Through life learning, Crystal has learned the basic human qualities of life such as, the gift of unconditional love, human compassion, giving unselfishly, patience, forgiveness, and honesty just to name a few.  She has gained human qualities that are priceless.  Crystal is a giver by nature and takes great pride in giving of herself to help others.  She gains the most fulfillment in life by contributing to the lives of others.

Crystal became the project interviewer for this film based on her caring and compassionate heart, her listening skills and her desire to support others in whatever way that she can. Those that she speaks with are met with her genuine heart and desire to be a safe place for others to land.

Roberta Lea is a soulful singer/songwriter who combines the elements of R&B, jazz, and pop with alluring melodies and thought provoking lyrics. From Norfolk, Va, Roberta began songwriting over 16 years ago as a member of a band called Ruah Beat. She released her very first project entitled "I Am Yours" in 2015. Since then she continued to develop her skills as a songwriter and vocalist while increasing her catalog. In 2018 she released another sing "Water and Wine". The jazzy RnB track gained popularity and received raving reviews. It is her first single picked up on main radio and is now being played on Hot 91.1 NSU.

Currently Lea has been working diligently in the studio and is setting up to release new music. On the radar is the pop-ballad sensation "Moonlight" and the inspirational anthem "Remarkable Lady" that will be her first single licensed for a film.
She's a member of the Nashville Songwriters Association and is collaborating with a number of local artists from Hampton Roads. Her music is quickly establishing a presence in the local music scene and as an artists critics are calling her "one to watch". 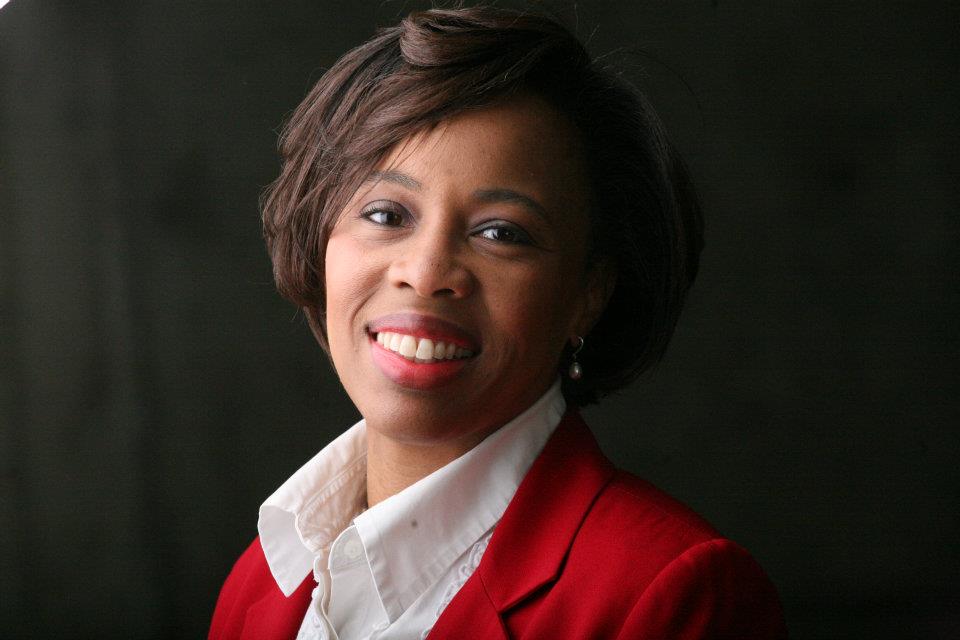 Angela Heath has extensive writing and communications experience.  She began her television producing career with Eye to Eye with Connie Chung, ABC News, CBS News, and 10 years with Nightly Business Report on Public Television.  While at PBS, she was member of the press corp for The White House, Treasury Department, and Senate Radio and TV galleries.

Ms. Heath has also developed her management and leadership skills at Physical and Sports Rehab, a physical therapy and sports medicine clinic she and her husband own in Upper Marlboro, Md. She is responsible for business development, marketing and outreach.

Ms. Heath attended Mount Holyoke College, Spelman College, and Pace University, where she obtained her B.A. degree in Literature and Communications.  She also graduated from American University where she obtained her Master’s degree in Producing for Film and Video.  Her film production company, Grace Film & Video, is currently producing a film called "Women of Faith: Coping with Trauma."  She has also produced short films on the historic Second Baptist Church of Washington and on the historic churches of Ward 7 in Washington, DC.

Angela and her husband Paul live in Maryland with their three children, Jeremiah, Jordan and Joy ... and puppy Czar. 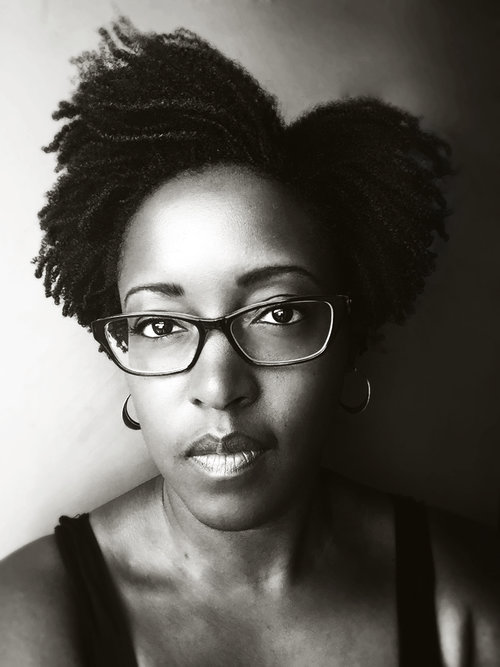 Kea Dupree-Alfred was born and raised in Washington, DC where photography has been a passion of hers since early childhood. She went on to college at Florida A & M University and decided to major in Physics.

In her junior year she changed her major to photography, earning a Bachelor of Science degree in 2002. In 2003 Kea Dupree Photography was born.

Many years later, she feels very blessed to have a successful career in something for which she has had a life-long passion. 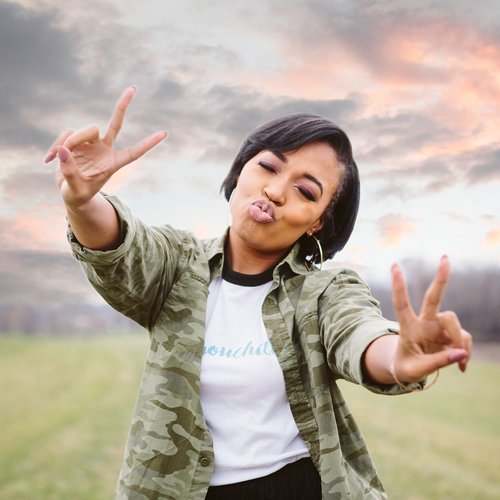 Caitlin Alfred fell in love with fashion at the age of 12. After experimenting with different academic fields of study, Alfred knew that her affinity for all things fashion would carry on to her collegiate years. She graduated from Virginia Commonwealth University with a Bachelor of Arts Degree in Fashion Merchandising in 2013 and later received a Master of Professional Studies Degree in Fashion Marketing the following year.

Along with wardrobe styling, she turned her college hobby and “favor for friends” into an experience that comes highly requested — makeup artistry. As a self-taught artist, Alfred prides herself on catering to each clients’ unique skin type and enhancing their natural beauty. Her favorite brands to use are Black Opal, Morphe, and NYX.